Tagalong Needs a New Lap to Sit in 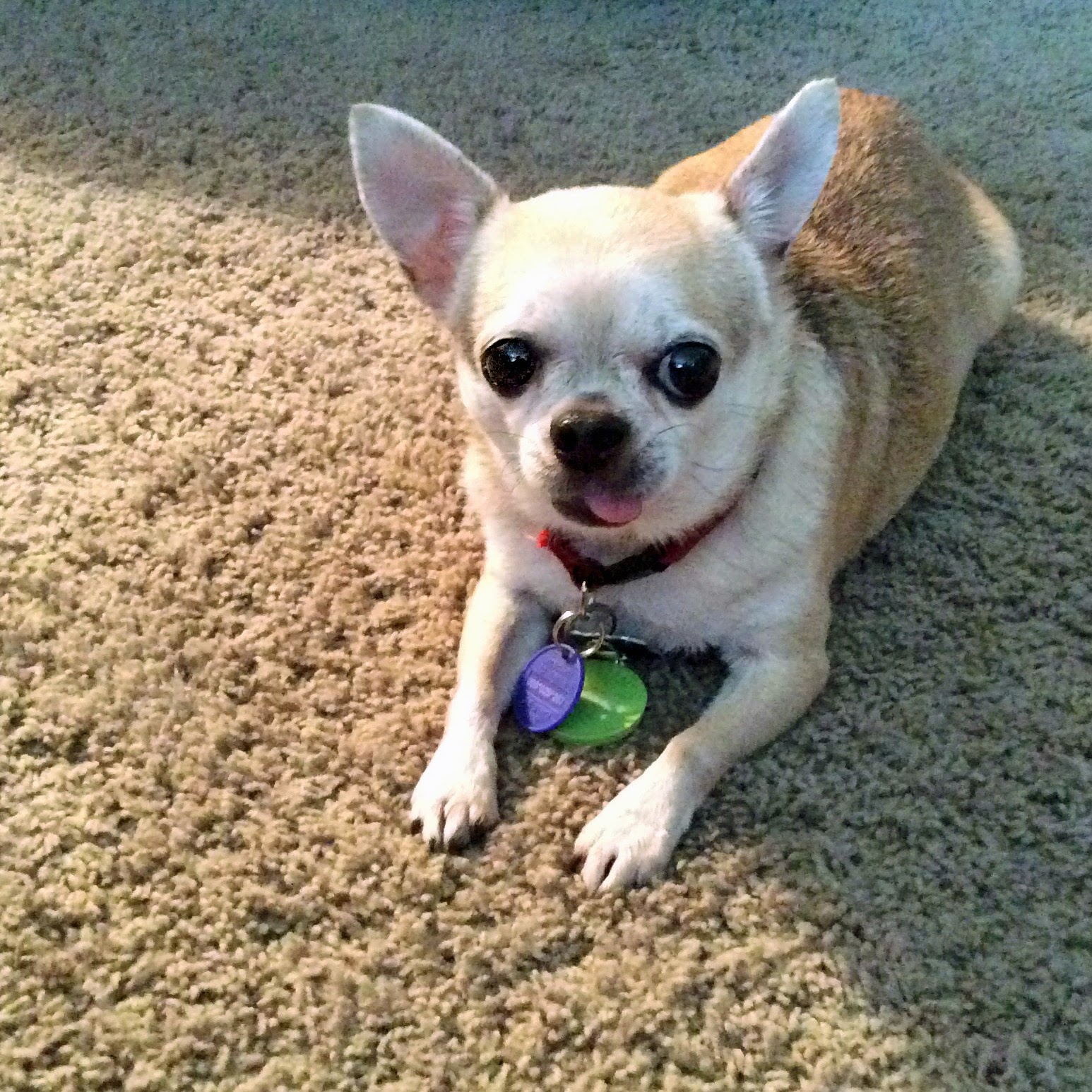 Tagalong is a 7 pound Chihuahua. He has been with Alethea since he was a puppy. He has proven to be aptly named because he has "tagged along" with her as a constant companion and lap sitter since she got him in 2004. Alethea recently passed away, and Tag remains with her daughter - but work and children's schedules keep her away from home for long hours. While the daughter loves Tag, she feels he would be happier with someone who is home more often, as that is what he is used to.

Don't let his age fool you; he is healthy and playful when engaged with toys. He loves attention and is a definite lap sitter. He has had regular vet care and a full physical in 2013. He is due for a rabies shot which Hospice can assist with. He is neutered.

This little guy may have many more years to love and be loved. Alethea's daughter would feel better about seeing him go to a home where there is someone there to give him more attention.